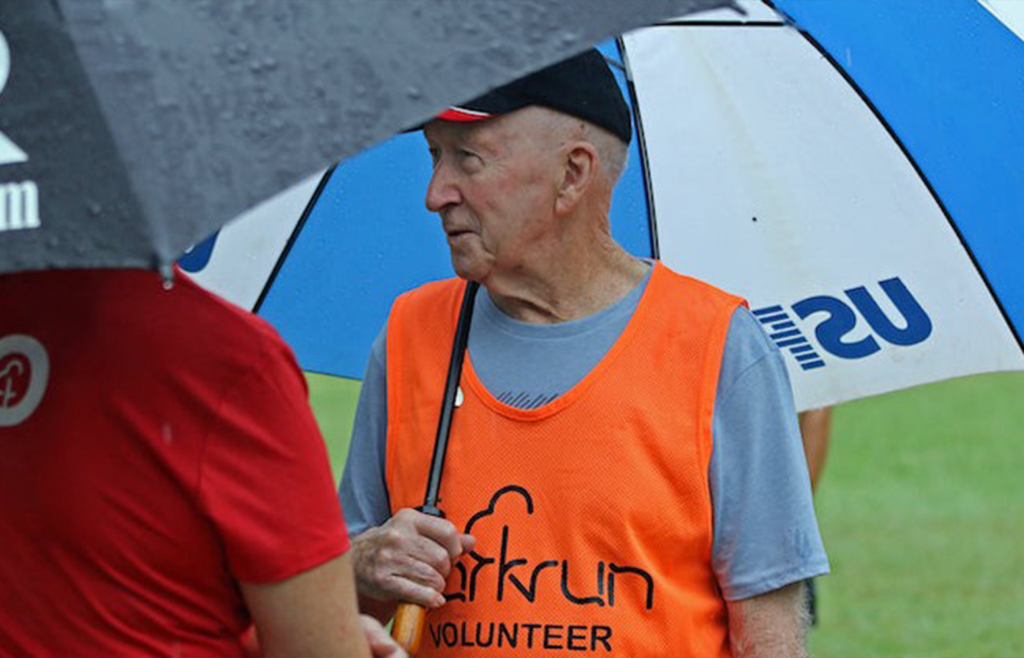 A veteran of volunteering

Noel’s milestone comes in the same year as the Centenary of Air Force, where the RAAF will mark 100 years of service to Australia, and he was blown away by the celebrations that were organised by his local parkrun community.

On Saturday mornings, Noel can be found helping out in any number of roles at his local East Richmond parkrun in NSW. It’s an area he’s lived in since his 20’s.

A retired loadmaster with the 37th Squadron, Noel’s a Vietnam veteran, having joined the RAAF when he was 20 years old. On retiring, he held the world record for the number of hours flown on the Hercules E Model. Noel flew 49 missions to Vietnam between 1968 and 1972 and was awarded the Order of Australia medal for services to the military.

“I first came to Richmond with the RAAF,” says Noel. “I then I moved to Victoria for about two and a half years. I came back up to Richmond on a transfer and stayed here. Being a loadmaster on the Hercules, even though I might jump in a plane and fly four or five thousand kilometres away, I still came home to Richmond all the time.”

Over his 100 Saturday mornings of volunteering, Noel’s taken on numerous roles including as a Scanner and Tail Walker. He now does a lot of marshalling of different areas, including as a Course Marshal and managing the busy East Richmond carpark before the run starts.

After a morning at parkrun, Noel’s part of a group of half a dozen or so people who regularly make their way to a local café in Richmond to have a cup of coffee or breakfast and a chat. The group was even able to stay connected during the height of COVID-19.

“The social side is one of the most important parts of parkrun. Since the run started I’ve made a lot of friends,” says Noel. “We go to a coffee shop called CRAZIES and take it in turns buying our coffees. We catch up after the run and sit around for an hour or so and talk about things in general.”

Noel believes that parkrun is a great way for everyone to get involved with their local community and to stay active, including the veteran community.

“parkrun’s helped me and I think it could help a lot of other veterans. It can help you get your head around things and keep active.”

He can also see a great opportunity for serving members at the nearby RAAF Base Richmond to get involved with his East Richmond parkrun, something he’d love to see.

On behalf of Veteran Sport Australia, congratulations to Noel on his special achievement.

If you’re interested in getting involved in your local parkrun, make sure you register and join the Team Veteran Club to stay connected!