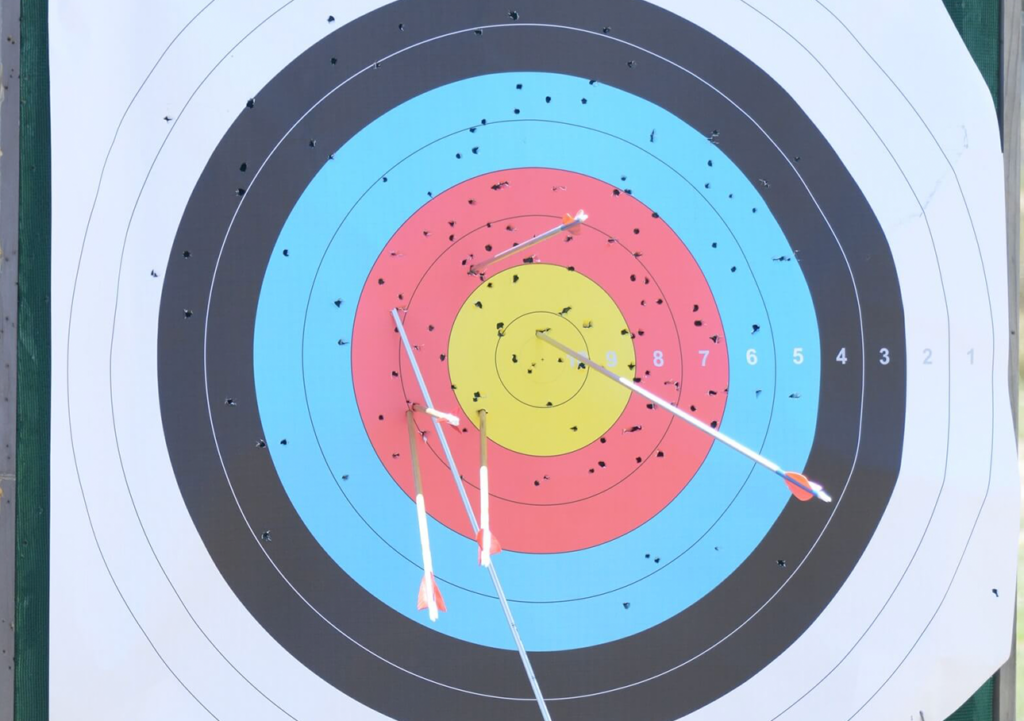 Perth, WA, January 19, 2020 – A partnership between Veteran Sport Australia and Archery Australia has hit Perth today with a major archery event aimed at encouraging veterans and their families to take up the sport.

With support from a Sport Australia Move it AUS grant, the national ‘Veterans into Archery’ partnership program sees Archery Australia utilising its extensive network of archery clubs across the country to open up opportunities for veterans and their families to get involved in the sport.

The event is being held at the Whiteman Archery Park and will involve veterans and their families trying their hand at shooting arrows on a practice range, coaching sessions, a fun hoverball archery game for kids and a BBQ lunch.

The event comes hot on the heels of the announcement last month that Perth had won the right to host the 2021 World Archery Youth Championships.

Both organisations are firmly committed to getting more veterans and their families involved in the sport to improve their overall health and wellbeing. Sport delivers both the benefits of physical activity alongside the broader mental health benefits that come from the camaraderie found within teams and local communities.

There are approximately 640,000 veterans in Australia, with 6,000 servicemen and women transitioning out of the Australian Defence Force (ADF) every year. A report released in November 2019 showed that from 2001 to 2017 there were 419 suicides in serving, reserve and ex-serving ADF personnel. A study using data from 2015 estimated that 46% of ADF members who had transitioned from full-time service within the past five years met 12-month diagnostic criteria for a mental health disorder.

The Australian Defence Force has a significant presence in Perth and archery is one of the most popular sports chosen by Australian Invictus Games competitors.

“Veteran Sport Australia is thrilled to be in Perth working with veterans and their families. There are so many opportunities to get involved in sport right around Western Australia, whether it’s playing, refereeing, coaching or administration. This is just the beginning.

“We saw the power of sport at the Invictus Games in Sydney to bring people together and change the lives of veterans and their families. Working with Archery Australia and Archery WA on this ground-breaking program is bringing that legacy to life.

“At Veteran Sport Australia we connect veterans from around Australia with opportunities in their local areas to keep them active, engaged and part of a like-minded community.”

“This event marks another milestone on our journey to get more veterans and their families involved in our sporting community.

“Archery is for anyone and everyone, no matter your background, ability or age. There are so many veterans that are already fantastic members of archery clubs across Australia, we’re hoping to increase this involvement by showcasing some of the benefits archery and sport has to offer.

“It has been great to work with Veteran Sport Australia to develop this concept, and it would not have been possible without the support received from Sport Australia’s Move it AUS program.”

“When I was 22, I was struck by a distracted vehicle. It resulted in a broken neck, 11 broken ribs, a punctured lung and a ruptured kidney. I died three times, lost 65 units of blood, and then my right leg was amputated.

“Sport is so important for veterans and the archery community is a great one to join. Getting involved in sport gives you a sense of mateship. For me, sport has really been the thing that’s helped me get back to normality.

“Through my involvement in sport, I’ve met fellow serving and ex-serving amputees and other injured ADF members. I found my purpose again through sport; fitness soon stopped being a hobby and became a way of life.”

About the organisations involved

Veteran Sport Australia (VSA) was founded to carry on the legacy of the Invictus Games Sydney 2018 and is a national program run out of RSL NSW. VSA supports all veterans and their families to improve their health and wellbeing through sport and recreation; connecting veterans from around Australia with the right opportunities for them.

Archery Australia is a not-for-profit community and membership-based organisation recognised by the government at all levels as the national controlling body for the sport of archery in Australia. Archery Australia aims to develop, foster and promote archery as a recreation and competitive sport for all through a national network of approximately 140 archery clubs.