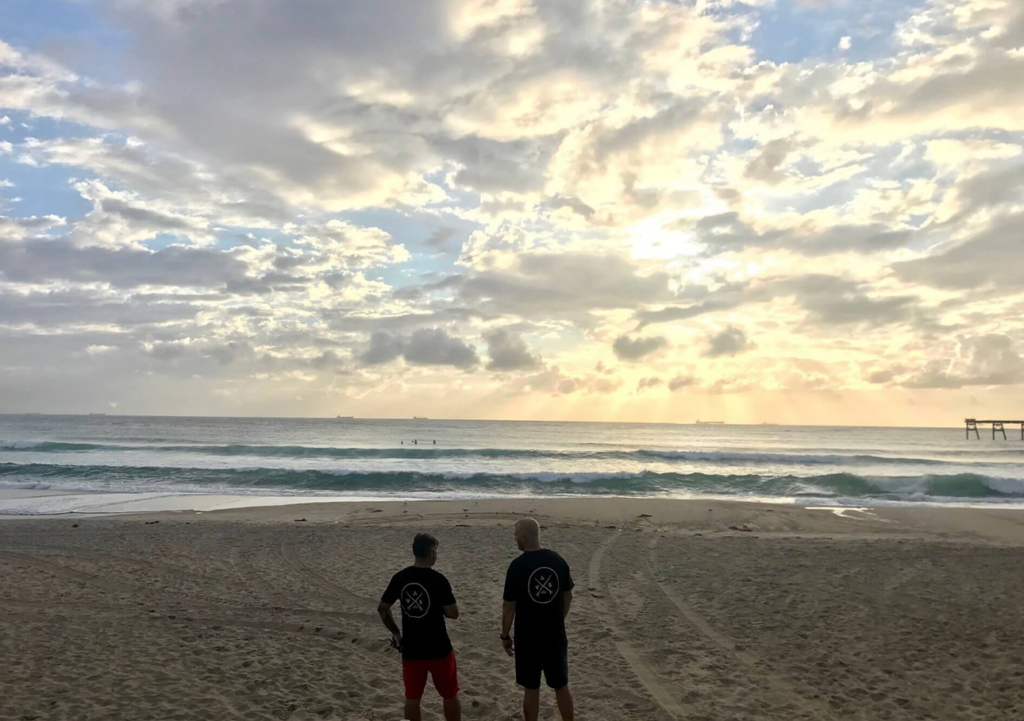 In exciting news for everyone who loves nothing more than to grab their board and head out back, a new Chapter of the Association of Veteran Surfers (AVS) recently started in the Hunter Region of NSW.

Getting back in the water

AVS is a not-for-profit organisation that was founded by veterans to help the defence veteran community through surfing, ocean therapy and mateship.

Royal Australian Navy veteran Phil Overton is the inaugural president of the new AVS Hunter Coast Chapter and is excited to be leading the work of bringing local veterans and their families together around surfing.

“I started surfing between the ages of about 18 and 20,” says Phil. “I stopped surfing due to work and picked it back up again when I was about 34.”

Getting back on the board after many years wasn’t necessarily easy, but it was well worth it.

“It was a bit of a learning curve. It’s one of those things; you have to persevere with it,” says Phil. “It’s not like riding a bike but you pick it up again!”

Phil transitioned out of the Navy in September last year after serving for 14 years. He’d been based in Sydney and now lives on the Central Coast of NSW.

“I was part of the Sydney Chapter of AVS and part of the Navy Surf Riders Association as well,” says Phil. “But there was nothing on the Central Coast for veterans and surfing.”

Fortunately, Phil got put in touch with Veteran Sport Australia’s Veteran Engagement Specialist in the Hunter, Rachel Kerrigan. Together, they started talking about opportunities and making things happen.

“Rachel did the leg work,” says Phil. “I bought more people together and so did she. Now we’ve got a bunch of veterans who meet on a regular basis and surf together.”

The new Hunter Coast Chapter’s first meet up was in October last year over a BBQ and was a big success.

“I wanted this to be really inclusive,” says Phil. “It’s a very family orientated surf club. Families are meeting and people are making friends.”

Phil’s experienced first-hand the wellbeing benefits of surfing and power of being on the water. He knows that it’s a perfect sport for veterans who may be struggling with mental health.

A really important element of the Hunter Coast Chapter is the community support network that’s been put in place. It involves members connecting on a WhatsApp group, with everyone encouraged to reach out to each other when they could use a hand, a surf or just someone to talk to. It’s a group very much built on social connection.

The Chapter already has more than 20 members, plus families, and the growth in membership shows no sign of slowing down.

If you’re keen on surfing (even if you haven’t ridden a wave in a while!) and live in the area, you’ll never find a more welcoming group to connect with.

*****
If you’re interested in connecting with the Hunter Coast Chapter of the Association of Veteran Surfers, make sure you reach out to the Chapter or contact Veteran Sport Australia for more information.