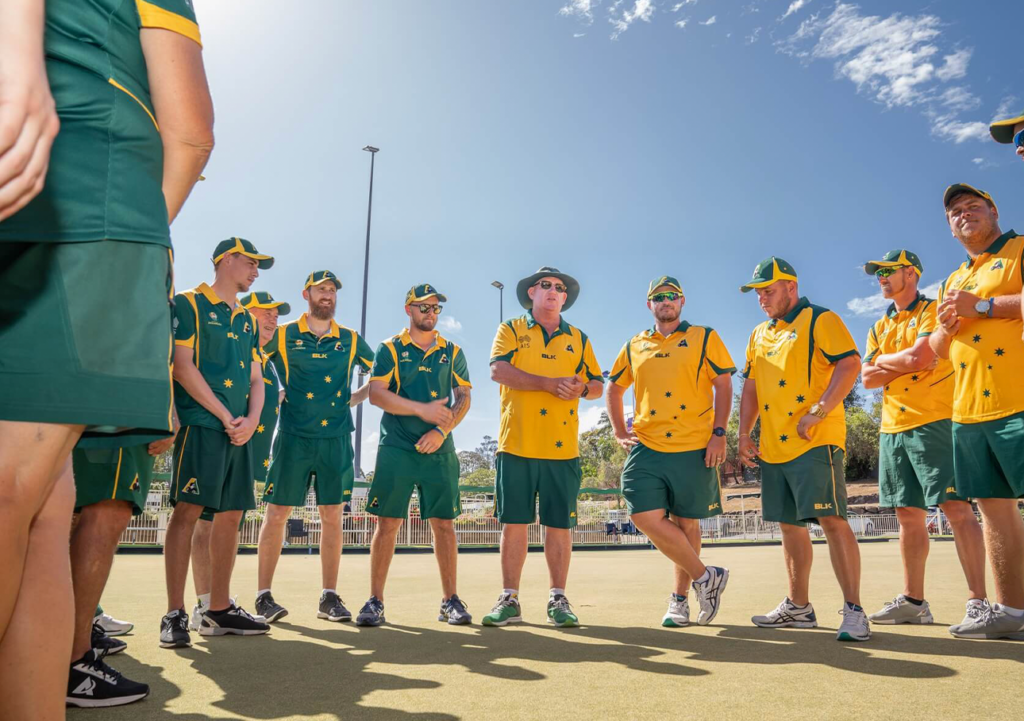 A new team on the green

Bowls is one of the most popular sports in Australia.

It’s easy to see why: a sport for all ages and abilities, regular competitions and great social connections on and off the green.

With more than 1,800 affiliated clubs nationwide, chances are that most of us have made our way down to our local green before and had a go at attacking the jack.

Stronger as a pair

Invictus Australia is thrilled to announce that we’ll be entering into a Sporting Partnership with Bowls Australia. Together, we’re going to create opportunities for veterans and their families to get involved in the sport across the country.

The partnership will see its first on the ground initiative launched later this year in the Hunter region of NSW with a Veterans Family Day.

Neil Dalrymple, CEO of Bowls Australia, is excited by the chance to encourage veterans and their families into the sport. “The Australian Defence Force has a great history with bowls and current and former serving veterans make a big contribution to our sport every week right around Australia,” said Neil. “We’re looking forward to working with Invictus Australia and can absolutely see huge potential to grow our community.”

“This is a very, very exciting partnership. A match made in heaven,” said Michael. “We know how popular bowls is throughout the veteran community and we see a big opportunity to introduce more and more veterans and their families to the sport.”

Former World Number One Steve Glasson is the Honourary Bowls Patron of the Australian Defence Force. He says that bowls is the perfect medicine for veterans, their families and support crews and that engaging with the sport can provide rewarding health benefits – by getting active and improving lifestyles through participation.

“It would be amazing to promote bowls and increase participation for our veterans,” said Steve. “Bowls is unique in that people of all walks of life and disability can participate – I can’t think of any limitations to preclude participation. Bowls can also be very social and there’s nothing better than social therapy!”

Steve is currently the Australian National Coach, having reached the summit of the sport by representing his country and becoming the World Singles Champion in 2004.

“I’m quite patriotic and to have had the opportunity to play for Australia was a great thrill,” said Steve. “In 2011 I was given the great honour of being appointed as Australia’s National Coach. I probably get more joy in seeing our players achieve their goals. To see the look on their faces and the joy and the delight and the relief, you can’t beat that.”

“We’d like to see more and more people currently in the ADF, and retired members, become involved in bowls,” said Jack. “The camaraderie when you are bowling as the RSL is exceptional. We all have a common background and because of that we relate so much better. It’s one of the reasons why we play together.”

“At RSL bowls, we play championships in pairs, triples and fours in addition to social and friendship games, which are open to players of all genders and abilities. For each style of bowls, we play for a trophy and there’s also prize money. The NSW bowls side then goes on to play in the National Carnival, which is held in each of the states on a rotational basis.”

A particularly exciting element of the partnership will be trying to engage with veterans and clubs in regional Australia around bowls.

“We’re particularly excited about the potential to work with the extensive network of bowling clubs around country Australia,” says Michael Hartung. “Most of the bowling clubs are based in the regions and there’s no better way to bring a community together than a friendly bowls competition.”

The campaign reaches out to those looking for a team sport that’s not as physically-demanding in comparison to sports such as football and netball.

Bowls Australia CEO Neil Dalrymple said it was an important initiative aligned to the organisation’s vision for all Australians to engage with bowls during their lifetime. “This campaign not only speaks to an often-forgotten audience for sports participation, but also speaks to the inclusivity of the game and its fun, but competitive spirit for all players,” said Neil.

With Australia often being described as ‘sports-mad’, the campaign plays on the welcoming, larrikin personality of both the game and its players

If you’re interested in getting involved with your bowls club, RSL bowls or in the ‘Local Legends Wanted’ initiative, contact Invictus Australia.