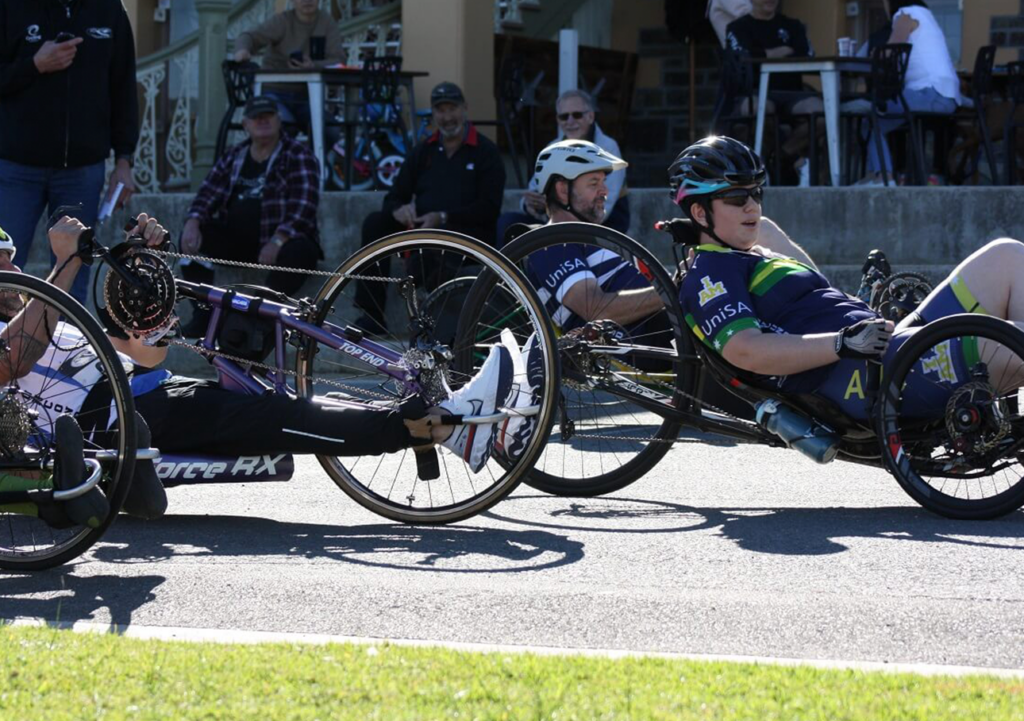 Back in the saddle

Team Australia Gears Up for the Invictus Games Cycling Events

Team Australia was back in the saddle in Adelaide last month for the first time in over a year for an Invictus Games Cycling Camp.

Veteran Sport Australia supported our partners the Australian Defence Force and Invictus Pathways Program in facilitating the camp for our Aussie competitors.

Team Australia will have competitors at next year’s Invictus Games competing in the roadbike, handbike and recumbent bike categories. Instilling a real sense of camaraderie, team camps such as this provide competitors the opportunity to get together, train and refocus as a group in preparation for the Games, which will take place in The Hague, 16 – 22 April, 2022.

Port Adelaide Cycling Club (PACC) helped host the camp, lending a hand and their skills over the three days. From timed racing, time trials and criterium, the club had a host of awesome volunteers on the ground helping Team Australia get the most from the camp.

Much of the camp’s activities were held at Pakapakanthi (Victoria Park). PACC worked their magic, arranging for a reversal of the usual operating direction of the Pakapakanthi criterium track to best replicate the racing conditions of The Hague track in April 2022.

In February this year, the Australian Invictus Games Team gathered for their first full team camp of the year where they were presented with their Invictus Games uniforms and The Hague 2020 Medallions.

Those unable to attend the February camp were presented with their uniform and medallion at the recent Cycling Camp by the Director General of ADF Sport, Brigadier Phil Winter.

If you are interested in participating in the ADF Adaptive Sport Program, and applying for the 2023 Invictus Games in Germany, you can submit an Expression of Interest here.