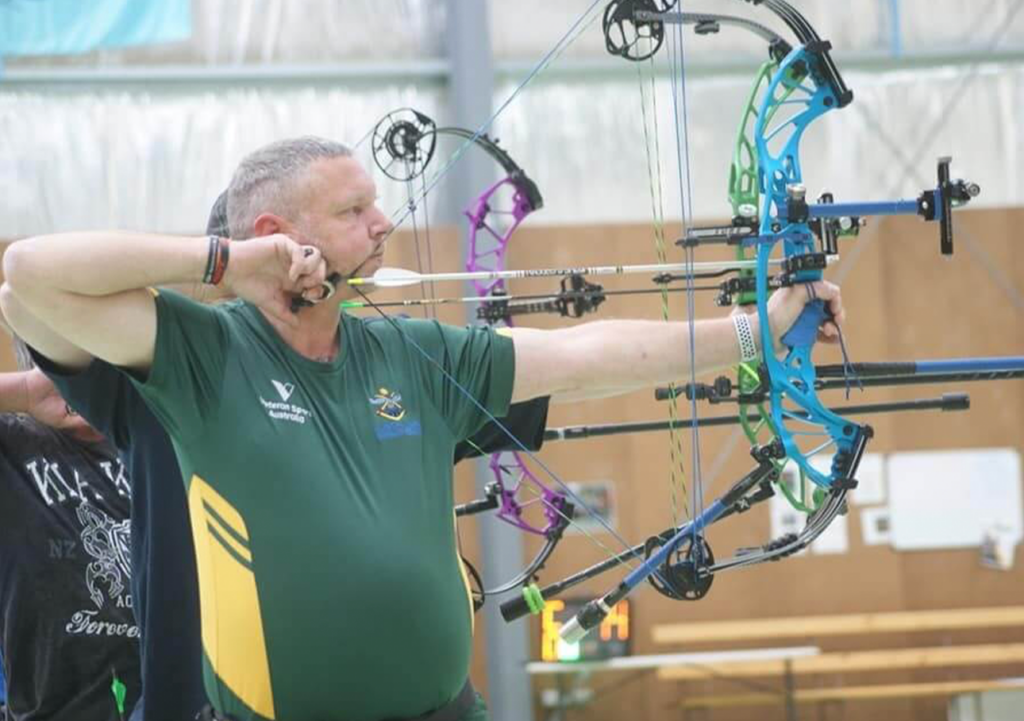 Beyond 10,000: Archery Australia’s mission to get veterans shooting arrows

Let’s clear this up straight away.

For everyone reading this that saw ‘Beyond 10,000’ in the headline and immediately thought we were going to be talking about Allan Border’s 1993 autobiography, we’re not. As good a read as it undoubtedly was.

True, even in the era of Steve Smith, Captain Grumpy’s amazing record still speaks for itself.

But this article isn’t about Allan Border. It isn’t even about cricket.

This article – and the month of October – is all about Archery Australia’s ambitious plan to get 10,000 veterans and their families around Australia shooting arrows.

Archery Australia and VSA are partnering to get thousands of veterans into archery, starting with the launch of the program at Tuggeranong Archery Club in Canberra on Saturday, 19 October.

“Involving 10,000 veterans and their families around Australia – it’s an ambitious target, there’s no doubt about it,” says Rick Hastie, CEO of Archery Australia. “We know how great this sport is. Everyone and anyone can shoot arrows. If you’re talented and committed you also have the opportunity to compete at the highest levels, up to and including the Olympic Games.”

“There are so many veterans that are already fantastic members of archery clubs around the country. Among them are some great shooters, but so many of them are also great club members – volunteers, judges, you name it.” says Rick. “We’re really excited to be teaming up with VSA to encourage many, many more to get involved.”

Archery Australia will be opening up their 140-strong network of clubs across Australia. They’re making sure that veterans don’t have to pay a cent to come and try the sport, thanks to a grant from Sport Australia. Kids in particular are encouraged to get along, with inflatable archery equipment adding a twist to the events, in addition to the traditional sausage sizzle.

Stephen Slack is a veteran and a member of Tuggeranong Archery Club. He’s also Vice President of Archery ACT. Stephen was a Chief Petty Officer in the Navy for 23 years. He served on numerous ships and was deployed to Iraq.

Stephen’s children got into archery first after an archery coach that he knew from 30 years ago made contact.

“The kids went to a come ‘n’ try first and, as the weeks went by, my partner started,” says Stephen. “I was still reluctant to pick up a bow because I’d injured my hand, which meant that I had to shoot using my opposite hand. I’d been a left-handed shooter as a kid and I now had to start shooting right-handed! Eventually I picked up a bow and I noticed almost instantly that stresses in life moved aside and my focus was just on my shooting.”

Fast forward to 2019 and Stephen is now the National Champion for Open Recurve at Clout. But he reckons there’s much more to the sport than just competitions.

“Archery really is a sport for everyone, all year round,” he says. “Being part of an archery club gives you a real sense of belonging. It’s mentally and physically rewarding and it’s really easy to have a go at.”

VSA is thrilled to be teaming up with Archery Australia for the program and we can’t wait for it to roll out around the country.

It doesn’t matter where you live, if you’re interested in having a go at archery – or think it could be fun for the kids – get in touch with VSA today at support@veteransport.org.au