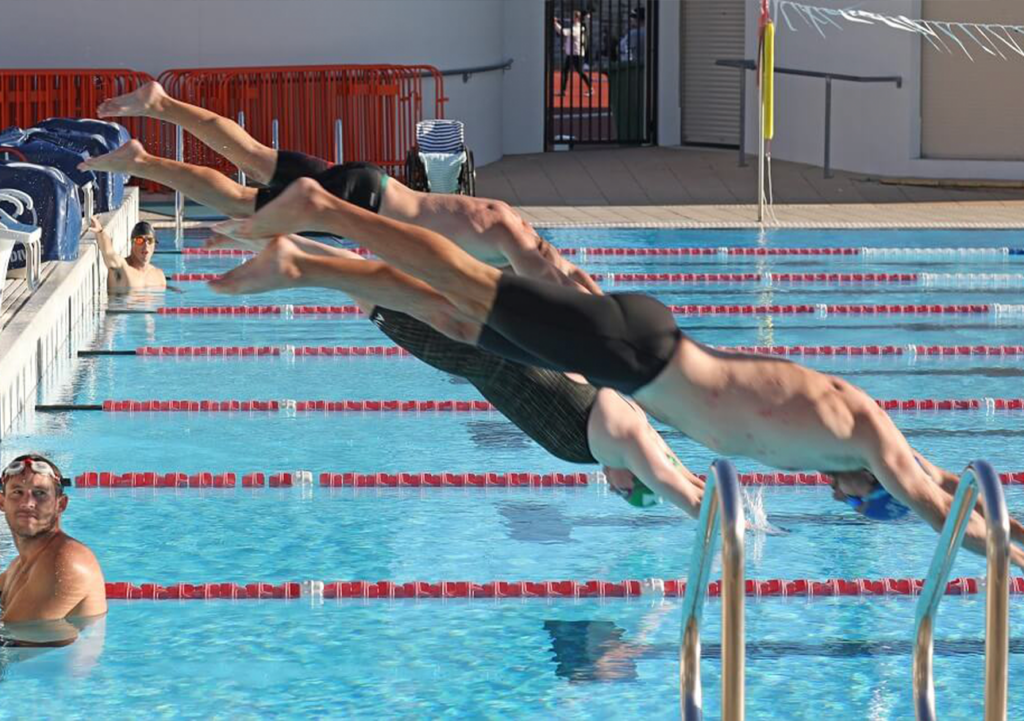 Freestyling on the Gold Coast with Invictus Australia

Team Australia swimming squad ‘pool’ together for fourth Invictus Games training camp of the season, with Invictus Australia and the ADF

August 2021: The Olympic Games isn’t the only sporting event Queensland has recently nabbed! In preparation for the Invictus Games The Hague 2022, Team Australia’s swim squad recently descended on the Gold Coast for the fourth Invictus Camp of the year.

Training camps are held to bring competitors together, where they can relish in the camaraderie, prepare and train for the impending Games. The most recent swimming training camp was held at the Gold Coast Performance Centre across three action-packed days in June. This was the first time the venue hosted Team Australia. With a number of Invictus swimmers based in the Sunshine State, it was a bonus to have all of the local know-how to share with the team.

Aqua-lity time in the pool

As with all of Team Australia competitors, its swimmers have had to continually adapt to the ever-changing COVID environment. The pandemic has caused the cancelation, rescheduling, postponement and restriction of training camps and events across the country, and interfered with the Games itself.

The Invictus Games has been postponed twice due to the pandemic. Originally scheduled for 2020, the Invictus Games will now be held in The Hague from 16 to 22 April, 2022 (international travel permitting). In addition, Australia is again experiencing lockdowns and tightening restriction. This saw the Sitting Volleyball Camp, which was to be held in Townsville in July, cancelled. The Invictus swimmers count themselves lucky to have had the opportunity to train together once more before the lockdown and border closures recommenced.

A new coach steps up to the block

When Invictus Games Swim Coach, Paul Schindler, was unable to join the team on the Gold Coast, the group was uncertain the camp would go ahead. Thankfully, para-triathlete and Invictus Games competitor, Andrew Wilkinson, stepped up to fill the role. Andrew is an experienced competitor and coach – he is the Head Coach of the Wenden Swimming Club (named after Australian Olympic swimmer and gold medallist, Michael Wenden) and a Development Triathlon Coach with Triathlon NSW.

Andrew is a veteran of the Royal Australian Navy. During his service he represented the Navy and the Australian Defence Force in a number of sports including water polo, cycling, mountain biking, surfing, triathlon and running – harnessing the power of sport every day.

Whilst competing in 2011, Andrew developed excruciating pain in his lower back and legs. He fought through and managed to win his race. Unfortunately, the pain did not subside when the race did. Andrew had ruptured lumbar discs which were causing pressure on his sciatic nerve. His injuries required immediate surgery. Andrew was medically discharged from the Navy in 2014.

“The power of recovery through sport is phenomenal, it’s one of the most important things mentally as well as physically. Getting sessions in, proving to yourself that you can train day in, day out; mentally you are prepared for the day and you feel better physically,” said Andrew.

“Being involved in the Invictus Games has given me drive and purpose with my sport and with my life again. I strive to be fitter and stronger and am able to do it all while representing my country.”

You can’t replicate the feeling of gliding through the water

“It was really nice not having to travel as far for a camp. And a positive too being in Queensland meant the warmer weather while swimming in an outdoor pool.”

Emma served in the Australian Army as a Parachute Rigger and was medically discharged in 2014 after injuring her back in a parachute incident.

“Swimming has been a great way to take the weight off my back while still getting in some cardio for exercise.  I enjoy the feeling of gliding through the water as you can’t get that from any other sport,” she said.

If you’re interested in competing or volunteering, the deadline to register an Expression of Interest for The Invictus Games in Dusseldorf, Germany 2023 has been extended until 30 September, 2021. Visit veteransport.org.au/get-active/adaptive-sport-program for more information.