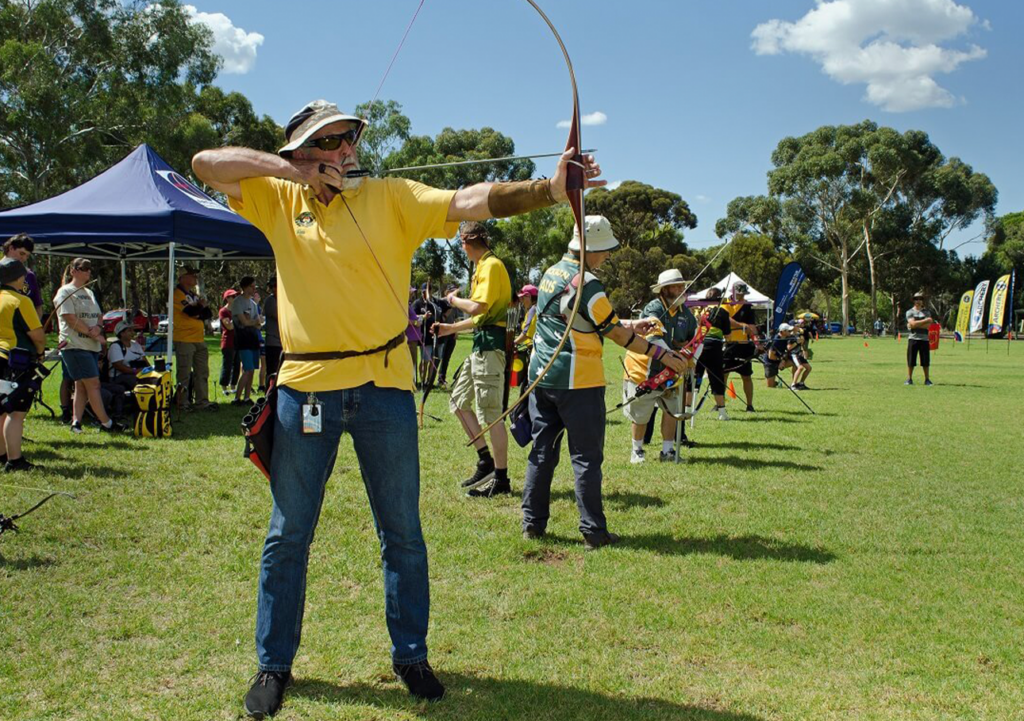 On target in Adelaide

Veterans and their families interested in trying their hand at archery gathered in Adelaide last month for an Archery Family Day to remember.

As part of our partnership with Archery Australia, we collaborated with a bunch of like-minded organisations to put on the ‘VETS into Sport’ archery event, encouraging former and current serving members and their families to try their hand at the sport.

The event saw over 130 participants, and more than 30 volunteers, visit Adelaide Archery Club for a day that was described as a milestone in getting veterans and their families involved in the sport.

The Governor of South Australia, His Excellency the Honourable Hieu Van Le AC opened the day before spending time talking with veterans and volunteers.

In his welcome address, the Governor said: “From my perspective, one of the most important roles that I have is to be able to mingle with our veterans and do everything that I can to acknowledge their sacrifice and their service to our country.”

During his address, the Governor paid special tribute to the many volunteers who made the day possible. Volunteers from many of Archery SA’s affiliate clubs played a leading role in welcoming veterans and their families and helping them shoot their first arrows.

“I would like to thank the volunteers here today for dedicating your time and energy to introducing servicemen and women to the sport of archery.”

Veteran Sport Australia would also like to extend our sincere thanks and gratitude to the incredible volunteers from the archery community who made the day such a success.

Gold standard event, according to the best

“Engaging in sport has given me the drive to succeed and has made me believe in myself again,” said Darren.

“My message to other war veterans is: get out there, do something. We wouldn’t give up on the battlefield, so why would we give up back here?”

A sport for all

Everyone, regardless of age or skill-level, was invited to get involved with coaching sessions, kids’ activities and shooting arrows on the line throughout the day.

“A big thank you from my family and myself for yesterday’s Archery Day in Adelaide. We all left on a buzz and had a great day out. It’s very comforting to know such programs as VSA exist.”

Veteran Sport Australia CEO, Michael Hartung, was delighted to be in Adelaide working with the state’s veteran community.

“We saw the power of sport at the Invictus Games in Sydney bring people together and change the lives of veterans and their families,” said Michael. “We’re thrilled to have been able to reignite that legacy in Adelaide at our Veterans Archery Family Day.”

We would like to thank our partner Archery Australia, Archery SA, all of the local South Australian archery clubs, the UniSA Invictus Pathways Program and Sport Australia for their hard work and support in putting on the event and advocating for the power of sport.

Make sure you check out the ABC story from the day!

On Target with Archery Australia Partnership