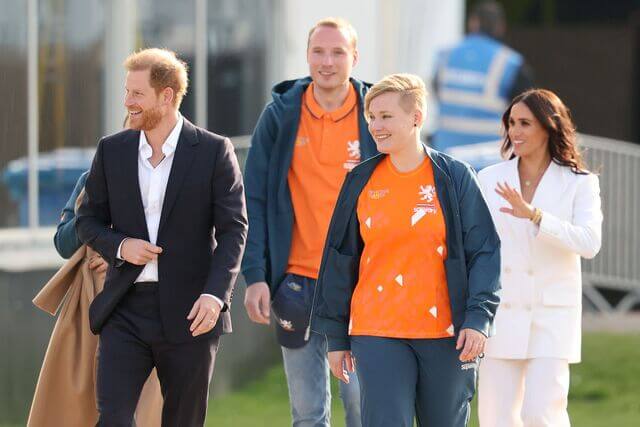 A royal welcome and famous farewells for Team Australia

All the fun and colour as The Hague welcomes Team Australia for the Invictus Games.

After two postponements, the Invictus Games The Hague 2020 (2022) has finally arrived. Team Australia have been welcomed by the Organising Committee, the Invictus Games Foundation, Australian Ambassador to the Netherlands and teams from all over the world, as competition prepares to kick off.

The Games use the power of sport to motivate recovery, support rehabilitation and generate a wider understanding of the sacrifices made by the men and women who have served their country. And if Invictus Games Sydney 2018 was anything to go by, be ready to feel inspired, humbled and thrilled.

Check out some of the highlights so far, which we will continue to deliver to you throughout the Games. Be inspired by ordinary people, doing extraordinary things!

Rolling out the welcome mat

After a wonderful farewell from Their Excellencies the Governor-General and Mrs Hurley at Admiralty House earlier this week, Team Australia were warmly welcomed on arrival into the Netherlands.

And, what a welcome it was! Spirits were high amongst the team and all their family and friends, as we finally arrived in The Hague for the Invictus Games. It’s been a long time coming, and the team is ready to soak in every minute.

A special moment for everyone was being greeted at Invictus Games Park (Zuiderpark) by Australia’s Ambassador to the Netherlands H.E. Matthew EK Neuhaus.

We’re thrilled to partner with the Australian Defence Force in delivering our Australian Team to these Games, and we know the group – led by Co-Captains Corporal Sarah Petchell and Sergeant Shane Bramley – will do us proud.

Memories are already being made with loved ones. The Games recognises and thanks family & friends for the role they play in supporting competitors in their journey of rehabilitation and recovery.

As one proud parent, Debbie Stewart, said, ‘It’s wonderful being here to support my son, and being a proud mum. There’s nothing like it. Sport has seen him come out of his shell from the broken person he was to the son I know and love.’ Learn more about the team here.

The Patron of the Invictus Games Foundation, Prince Harry along with Meghan the Duchess of Sussex, have made their first outing at the Invictus Games, meeting competitors and Defence families from around the world.

It was delightful to see them interacting with participating nations, family and friends, with this moment officially kicking off the proceedings.

Excitement, comradery and energy is high on the eve of the Games, and there was even some reminiscing about a particular budgie smugglers incident from Sydney 2018.

A few familiar faces wanted to wish Team Australia all the best, on the eve of the Games. Watch the video here.

turn inspiration into action – how you can help

This year we’re asking you to turn inspiration & commemoration, into action. Be inspired by our unconquered heroes in The Hague, pause to reflect on Anzac Day, our most sacred day of commemoration and then rise beside our veterans in May. Sign up for the Invictus Australia ZERO600 Morning Routine Challenge today, to support veterans health through the power of sport, after the lights of the Games have dimmed!