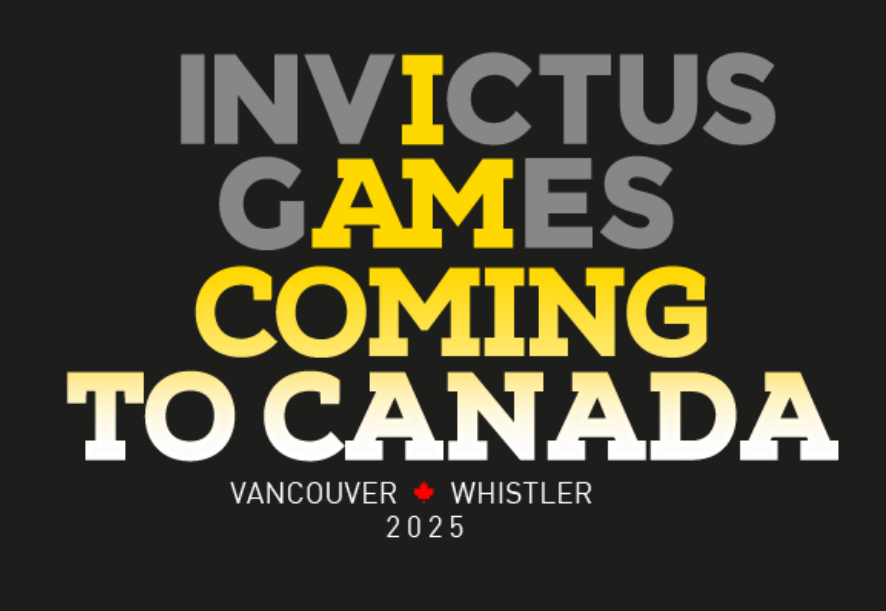 CANADA WINS 2025 BID FOR INVICTUS GAMES IN VANCOUVER AND WHISTLER

April 22, 2022 – Prince Harry, The Duke of Sussex, Founding Patron of the Invictus Games Foundation, today announced that the bid for the Invictus Games 2025 has been awarded to Vancouver and Whistler, British Columbia, Canada, in partnership with True Patriot Love Foundation. These Games will be the first to incorporate winter adaptive sports, in addition to some of the core sports from previous Invictus Games. True Patriot Love is partnering with the Government of Canada, the Government of British Columbia and the First Nations in Vancouver and Whistler to ensure the Invictus Games 2025 will be the most innovative and accessible Games to-date.

“As Invictus continues to adapt and evolve, I am extremely excited to announce that the Invictus Games Foundation has selected Canada to host the first-ever Winter Hybrid Games in 2025,” said Prince Harry, The Duke of Sussex. “The Invictus Games Vancouver-Whistler 2025 will offer a global platform to expand the range and profile of winter adaptive sports. With deep respect, I’m also pleased to share that the Games in Canada will be held in partnership with the First Nations, in the spirit of truth and reconciliation with indigenous communities.”

The Invictus Games 2025 will bring together over 500 competitors from 20 nations to compete in adaptive sports, including the new winter sports: Alpine Skiing, Nordic Skiing, Skeleton, and Wheelchair Curling, in addition to the core Invictus Games sports of indoor rowing, sitting volleyball, swimming, wheelchair rugby and wheelchair basketball. Vancouver and Whistler were selected as the host cities by the Invictus Games Foundation following a competitive bid process.

Australia Invictus Games alumnus and winter sport enthusiast, Matt Brumby was part of the winning bid that secured Canada’s success. Watch him, and others, in the video below.

True Patriot Love is Canada’s Foundation for the military community, working to support military members, Veterans, and their families at every stage of their journey. True Patriot Love advocates for the needs of military members and Veterans and ensures resources are directed where they are needed most. They are thrilled to continue the tradition of Canada hosting successful Games, such as the Invictus Games Toronto 2017, which draw inspirational competitors from around the world and to ensuring we support all those who have been wounded, injured or become ill through their time in the military through the inspirational power of sport and the Invictus Games.

Additional details will be released in the coming months. The public is encouraged to visit InvictusGames2025.ca to find out more about how they can support and participate.

“I’m excited that Canada will host the 2025 Invictus Games. In partnership with the True Patriot Love Foundation, we look forward to welcoming competitors to beautiful British Columbia where their athleticism, drive, and competitive spirit will be on full display in the first-ever Winter Invictus Games. Canadians look forward to welcoming you once again.”

“British Columbia is proud to host the 2025 Invictus Game and, for the first time, athletes competing in winter adaptive sports,” said John Horgan, Premier of British Columbia. “We stand ready to welcome athletes from the global military community to Vancouver and Whistler. Many have made tremendous sacrifices and overcome extraordinary barriers to be competing at the Invictus Games – and British Columbians will be there to cheer them on.”

“True Patriot Love Foundation is thrilled Canada has been chosen to host the Invictus Games 2025. We are excited to bring this new, innovative concept of a hybrid winter games to Vancouver and Whistler, increasing access to the Invictus Games through the introduction of new snow and ice sports. We are proud of the partnership and trust that has been built with the First Nations communities and the federal, provincial and municipal governments, and look forward to delivering a Games in 2025 that has a lasting impact on the province of British Columbia, Canada’s military community, and competitors and their families from around the world.”

True Patriot Love is Canada’s Foundation for the military community, working to support military members, Veterans, and their families at every stage of their journey. By working as a trusted partner with local charities, social enterprises, the Canadian Armed Forces and the federal and provincial governments, True Patriot Love advocates for the needs of military members and Veterans and ensures resources are directed where they are needed most.

True Patriot Love has raised $35 million for Veterans and their families, reaching nearly 40,000 beneficiaries and supported nearly 1,000 community-based programs across the country.

From global initiatives like the Invictus Games – of which True Patriot Love is the main funder of Team Canada –  to local wellness centres and mental health programs, True Patriot Love has a research-backed approach that provides ongoing funding, partnerships and knowledge sharing to Canada’s most vital military and Veteran support programs.

More information can be found at www.truepatriotlove.com

ABOUT THE INVICTUS GAMES FOUNDATION

Prince Harry, The Duke of Sussex is Founding Patron of the Invictus Games Foundation. The Invictus Games have so far taken place in London 2014, Orlando 2016, Toronto 2017, Sydney 2018 and The Hague 2022.