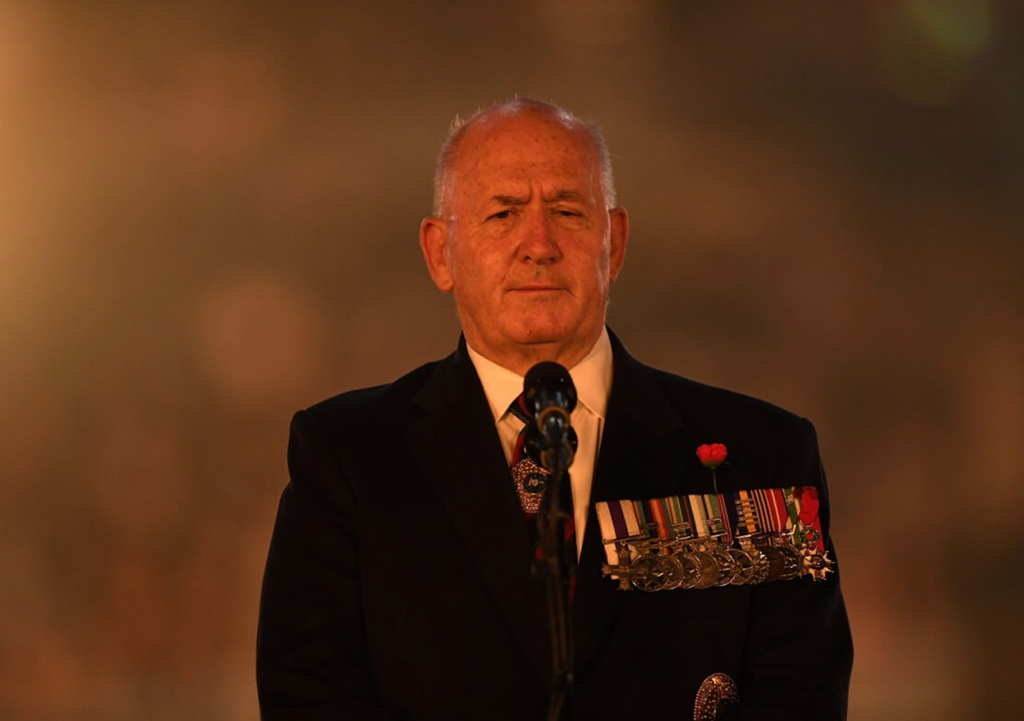 We were delighted to announce this month that General Sir Peter Cosgrove had been named Patron of Veteran Sport Australia.

A man who needs no introduction, General Cosgrove was Governor General of Australia from 2014-2019, Chief of the Defence Force from 2002-2005 and commanded the International Force for East Timor (INTERFET) from 1999.

It’s well known that General Cosgrove is an avid sports follower, particularly of rugby union and cricket. He was also the driving force behind bringing the Invictus Games to Sydney in 2018 and carried on his close involvement through to the Closing Ceremony of the Games, where he implored Australians to continue to support our veterans.

“The Sydney Invictus Games shone a light on plight of our veterans and their families,” said General Cosgrove. “At the closing ceremony I urged all Australians not to turn off that light.”

“Veteran Sport Australia is about using the power of sport to improve the quality of life of veterans and their families. I’m delighted to be supporting their important work as Patron.”

In his first act as Patron of Veteran Sport Australia, General Cosgrove recited the Ode at State of Origin Game 2 in Sydney on the evening on Remembrance Day.

It was fitting that this first act occurred on Remembrance Day, a day that is held on the highest regard throughout the Australian community. It also reinforced an already-strong relationship between Veteran Sport Australia and the National Rugby League.

“General Cosgrove was the driving force behind the Invictus Games Sydney 2018 and is an incredible ambassador for veterans and their families,” said James Brown, Chairman of Veteran Sport Australia.

“We know from first-hand experience the true impact that our programs have on the lives of veterans. It is both our challenge and opportunity to continue to grow so that we can provide as much access as possible to sports programs as possible.”

As part of his role as Patron, General Cosgrove will support the work and growth of Veteran Sport Australia.

“The men and women who have served our country need our support, particularly as they return to the civilian community,” said General Cosgrove. “The Australian public responded wonderfully to the Invictus Games in Sydney. The challenge is to now keep that level of support and understanding going.”

“We must all commit to promoting ways of rehabilitating the servicemen and women who have served our nation and who now need our support. Sport is a powerful vehicle for rehabilitation and reintegration but importantly is also one that can proactively support the general wellbeing of our community.”

Thank you General Cosgrove and we’re looking forward to working together!