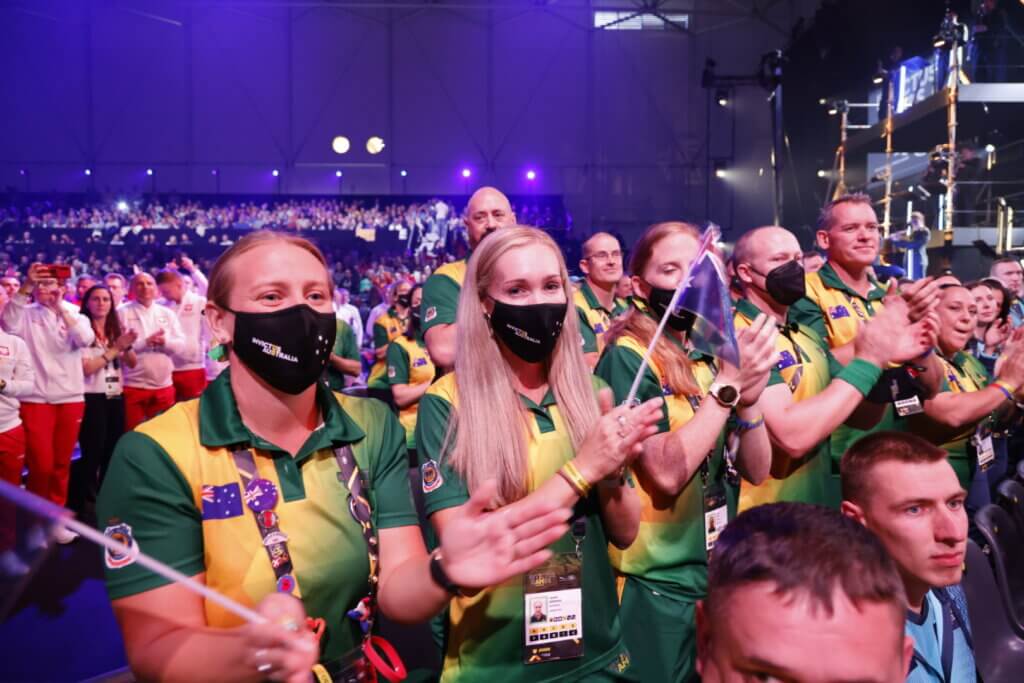 DAY ONE UPDATE: A spectacular start to the Games

The moment we’ve all been waiting for: Day One of competition at Invictus Games The Hague gets underway

Day One and the official competition has commenced, with all the thrills and action we’ve come to expect from the Jaguar Land Rover Challenge. And what a privilege to top the day off with the Opening Ceremony, amongst our international Invictus community.

Check out the day’s highlights below, and stay tuned for more tomorrow.

The Opening Ceremony honoured all competitors, their families and friends who have made significant personal sacrifices in the defence of our freedom. It was a moving, energetic and fitting start to what will be a week of incredible moments watching competitors participate in adaptive sports.

“The world needs to be reminded of the power of the human spirit, the ability to heal, and the strength of resilience that allows us to recover and come back stronger,” said Prince Harry, the Duke of Sussex.

“We’re doing it here at this moment in The Hague, on the shores of global justice and peace, and it could not be more fitting for the message that we have for the world.”

Prince Harry paid tribute to Team Ukraine for their resilience in attending the Games.

“Your bravery in choosing to come and for being here tonight cannot be overstated. You told me yesterday that when you decided to join us despite all odds, you said that you came to be on this global stage not simply to show your strength but to tell the truth of what is happening in your country.

“You know we stand with you. The world is united with you and still you deserve more. And my hope is that these events, this event, creates the opportunity of how we as a global community can better show up for you.”

first medals of the games

Prince Harry presented the first medals of the Game to Team France, who triumphed in the Land Rover Driving Challenge earlier in the day. Romania and Georgia claimed the silver and bronze medals respectively.

Leading Seaman Vanessa Broughill and Matt Model represented Team Australia in the event, with Model behind the wheel and Broughill overseeing the navigation.

“It was fantastic to get behind the wheel of this great Land Rover Defender – it’s an amazing vehicle that practically drove itself once I got Vanessa’s navigation in my ear,” said Model.

“There were some really tough obstacles to weave in and out of but, with Vanessa’s navigation skills, we got through them pretty well and there’s no damage to the vehicle which is a plus.”

The Duke and Duchess of Sussex made an appearance at the event prior to the Opening Ceremony.

Vanessa’s sons, Zac (10) and Hamish (7) were driving the children’s track when the Duke and Duchess hitched a ride around the course, stopping to chat with the boys afterwards.

“I think that they’ll look back on this in years to come and understand just how amazing this experience is,” Broughill said.

“I don’t think they quite grasp how awesome it is but, hopefully they can tell from everyone around them that it’s a pretty unique experience and they’re very lucky.

“The first thing I said to him was thanks. Thanks for having us all here and thanks for the Invictus Games,” he said.

“I was just so appreciative. I thought that if I ever got the chance to meet him, I wanted to express that.”

It was wonderful to attend the Invictus Games Foundation’s seminar series, ‘Conversations’, live in The Hague featuring Andrew Parsons, the President of the International Paralympic Committee (IPC) as keynote speaker. And we were delighted that our CEO Michael Hartung was able to participate in a panel discussion with esteemed speakers.

The theme was ‘Looking to the Future’ and Michael joined Conny Wenting, CEO of IG2020 and Dominic Reid, CEO of the IGF.

Michael touched on the evolution of Invictus from the legacy of Invictus Games Sydney 2018 to the creation of Veteran Sport Australia through the newly created franchise of Invictus Australia – a benchmark for the world and an example of how the Invictus spirit can shine beyond the Games.