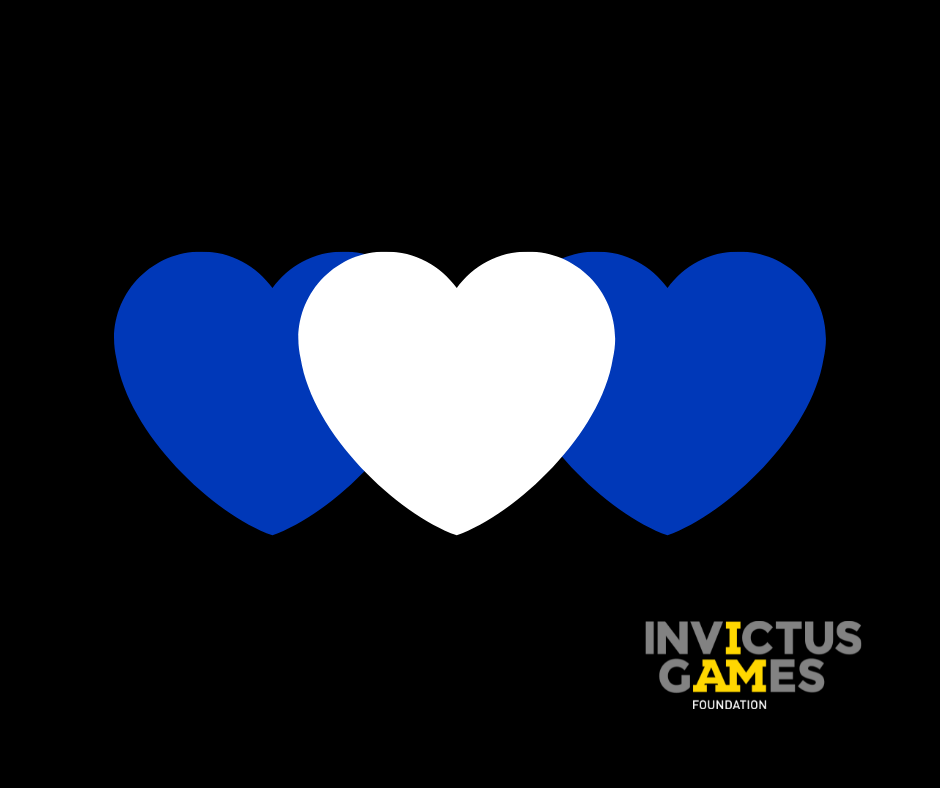 Dominic Reid, CEO of the Invictus Games Foundation said, ‘As the community continues to grow beyond the Games, I’m excited to be exploring additional programmes of activity to allow even more nations to benefit from Invictus. Israel have a long standing respect for the power of sport in recovery, and I’m pleased they are joining our wider community this year. As next year’s Invictus Games hosts are building ‘a Home for Respect’ in Germany, I am also looking forward to Israel and Colombia joining us in Dusseldorf next September.’

Welcoming the announcement of Israel’s participation, German Minister of Defence Christine Lambrecht, said, “The Invictus Games are a unique international sports festival promoting diversity, friendship and mutual exchange. Israel and Germany are bound by close friendship and Israel’s participation is going to underline that special relationship between our two nations.”

Confirming Colombia’s invitation too, Lambrecht continues with, “Germany supports the peace process in Colombia which depends on the reintegration of the veterans into society. The Invictus Games can have positive effects on the advancement of veteran support measures, and I am glad that the Colombian competitors will also have the opportunity to participate on this international stage”

Colombia, Israel and Nigeria are the three newest members of the newly developed Invictus Community of Nations, bringing the total number of community nations to 23. From that community, the host committee of the Invictus Games Dusseldorf 2023 have confirmed that teams from Colombia and Israel are invited to attend the Games in Germany next year, bringing the number of nations confirmed for the Invictus Games Dusseldorf 2023 to 21.

Whilst not yet set to participate in the upcoming Invictus Games, the team in Nigeria are benefiting from membership by further developing their sports recovery programmes, including exploring a series of Invictus: Endeavours later this year with the international community.

Limor Luria, Deputy Director General and Head of Israel’s Ministry of Defense’s Rehabilitation Department, said “We are very grateful for the warm welcome to the Invictus Community of Nations. It is a pleasure to take part in the important work of the Invictus Games Foundation, share our own experience in the sports recovery field, and learn from the community. We were also very happy to be invited to participate in the Invictus Games Dusseldorf 2023. Being a part of the Invictus Community will provide more opportunities for recovery among veterans who were wounded or became ill whilst serving. In Israel, we have learnt a great deal about the importance of physical activity as a positive catalyst for recovery and rehabilitation. We look forward to sharing our experience, and learning from the other nations, in this uplifting and supportive community.”

Adv. Edan Kleiman, Chairman of the IDF Disabled Veterans Organisation, said, “We are pleased and proud to take part in the Invictus Games and represent the State of Israel. Wounded Israeli servicemen and women, who are shining examples of perseverance in rehabilitation and excellence in sports, will continue to honorably represent Israel at the Invictus Games. We witness daily the important role that sport plays in strengthening not only the body but the spirit, enabling people to regain their lives. No less important is the wonderful opportunity to bring together wounded war veterans from other countries to form life long bonds of camaraderie.”

Major General (Ret.) Alberto Sepulveda Riaño, Director of the Veterans and Inclusive Rehabilitation Department of the Ministry of National Defense of Colombia said: “We are proud to be the first country in Latin America to participate in the Invictus Games Düsseldorf 2023. It’s a great opportunity to showcase the way in which sport can physically, psychologically and socially transform the lives of our veterans from the Armed Forces and National Police, who have demonstrated such resilience to the conflict. The Invictus Games will provide an important platform for our heroes to exchange experiences with competitors from the other countries that currently make up the Community of Nations. We are proud to present our soldiers and policemen who wore the uniform of their homeland and were willing to risk their lives for the wellbeing and security of Colombians.”

Being part of the Invictus Community of Nations does not automatically lead to participation in the Invictus Games but instead gives access to programmes such as the We Are Invictus platform for international wounded, injured and sick service personnel and veterans; the Powered by Invictus leagues, featuring sports and esports challenges to maintain competition and community beyond the Games; to the Invictus: Endeavour Grants Programme for sports and adventurous challenge, and to the IGF Conversation series, sharing best practice amongst the community.

About the Invictus Games Foundation

Prince Harry, The Duke of Sussex, is Founding Patron of the Invictus Games Foundation. The Invictus Games have so far taken place in London 2014, Orlando 2016, Toronto 2017, Sydney 2018 and The Hague in 2022. Subsequent Games will be held in Dusseldorf 2023, September 9th – 16th  and Vancouver-Whistler 2025, in February.

Additional members of the Invictus Community of Nations: Afghanistan and Nigeria.

More information can be found at  www.invictusgamesfoundation.org

More information can be found at: www.invictusgames23.de/en

Brigadier General Alfred Marstaller, Project Leader for the Invictus Games Dusseldorf 2023, said: “I am pleased to see that more nations and societies are embracing the unique spirit of Invictus, providing a growing number of servicemen and women and their families and friends with an opportunity to experience the Invictus Games Dusseldorf 2023 as a home for respect for the sacrifices they have made for their countries.”

Tzipi Hotovely, Ambassador of Israel to the UK, said, “We are delighted that Israel was invited to be part of the Invictus community of nations. This adds another layer to the profound relationship between our two nations, with a focus on civil society cooperation.

This is an extraordinary community that will allow Israel as well as Israeli veterans not only to connect with their counterparts from around the world, and participate in a wonderful event, but also to share knowledge and expertise that Israel has gained in the fields of rehabilitation, mental health and community spirit.

We thank both the Invictus Games Foundation and all partners involved for making this happen.”