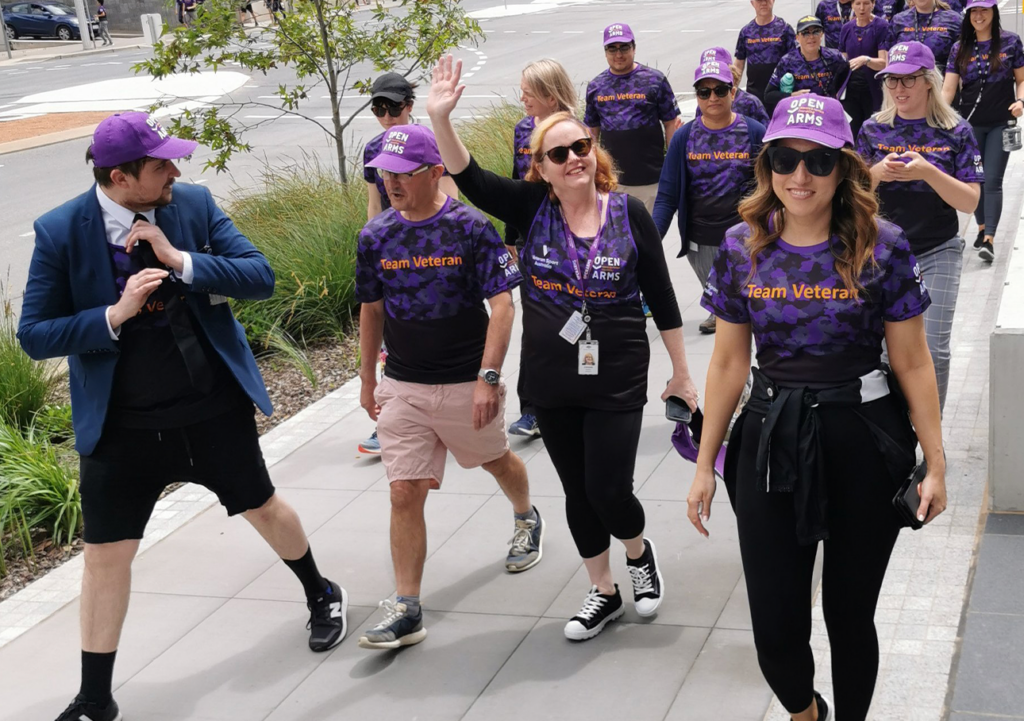 Making strides for veterans with parkrun

Invictus Australia is joining forces with parkrun Australia to encourage more military veterans and their families to become involved in their local parkrun event as walkers, runners, volunteers and spectators.

The strategic partnership will also highlight how serving members and reservists of the Australian Defence Force, and their families, can benefit from parkrun at every stage of their military life – from recruitment to retirement.

parkruns are free community events that take place every Saturday morning in more than 400 parks and open spaces around Australia, in addition to some locations that are closed to the general public such as the Puckapunyal Military Base in Victoria. Participants can walk or run a 5km course, lend a hand as a volunteer or spectate and socialise on the sidelines. parkruns are not competitive with no time limit – many people take part with their dog or push a pram.

Invictus Australia is the legacy organisation of the 2018 Sydney Invictus Games and was established to harness the power of sport to benefit those who are wounded, injured and ill, along with the broader veteran community and their families.

The term ‘veteran’ refers to former and currently serving military personnel. There are in excess of 640,000 military veterans in Australia including 60,000 who are serving in the ADF and almost 30,000 reservists. Approximately 6,000 people transition out of the Defence Force into civilian life each year. As a result of recent conflicts, the age span is very broad and extends from people in their twenties. Veterans live and work in metropolitan and rural areas right across Australia.

Commenting on the partnership, Invictus Australia Chief Executive Officer Michael Hartung said, “Transitioning from military to civilian life can be challenging. parkrun events provide a perfect opportunity for people to connect with their local community, make new friends and create a network beyond Defence.

“Evidence shows that physical activity has significant benefits for physical and mental health and is a great way to prevent issues arising later in life. parkrun is an activity everyone can get involved in, regardless of your age or physical condition, with no commitment.”

Hundreds of veterans and their families already participate in parkruns across Australia every weekend. This has led to the creation of the Team Veteran parkrun Club, which veterans can choose to join when they register with parkrun. Existing parkrunners can also join this Club by logging into their parkrun profile. parkrunners can choose to belong to up to five ‘parkrun Clubs’, which range from established athletic clubs to informal social groups.

Michael Hartung continued, “The name Team Veteran appears alongside the names of people who join this parkrun Club and doesn’t preclude someone from being part of other parkrun Clubs. It creates a sense of belonging and recognises those connected to the veteran community.”

parkrun Australia’s Health and Wellbeing Lead Glen Turner said, “parkrun’s aim is to create an opportunity for everyone in society to be involved in our events, however they want to and whenever they want to.

Veterans and their families frequently tell us how parkrun improves their lives physically, mentally and socially. Our strategic partnership with Invictus Australia will share these experiences with the veteran population to encourage participation in parkrun and the benefits it brings, and we are confident this will extend to those in all areas of the Australian Defence Force.”

The following veterans and their families are just some of those who have shared their parkrun experiences:

83-year-old Noel Darr from Sydney, who served 37 years in the Royal Australian Air Force and flew 49 missions to Vietnam, said, “Pretty much every Saturday since East Richmond parkrun started I have volunteered. The social side of parkrun was a lifeline for me when parkrun was paused for nine months during the COVID-19 pandemic. I live alone but I would regularly meet up with a group of people from parkrun and we would get a takeaway coffee and go for a walk and a chat. Some of the people I’ve met through parkrun have become close friends – they invite me to their birthday parties and help me out at home with things I can no longer do.”

Mary, an Australian Army veteran who moved to Hobart after being medically discharged due to a broken neck and PTS, credits volunteering at parkrun with her assistance dog Roxy as her motivation to get out of bed. “Volunteering at parkrun is the best medicine. parkrun is about getting out into nature and meeting people and I finally feel like I am part of a group again, which was something I had lost when I was discharged.”

Ben Harris from Western Australia was a mechanic in the Australian Regular Army for nine years and served in Afghanistan. Ben started parkrunning to spend time with his wife and two children, and they have now completed more than 1000 parkruns between them.

Ben said “I often cross paths with other military veterans of all services now as a parkrunner. It’s almost a game to spot them in the crowds. parkrun filled a void in my life that I didn’t even know I had, with good people, physical challenge and a place to be a part of our community to a degree that I feel comfortable contributing to.”

Liz is a veteran of the Royal Air Force and moved to Australia knowing nobody and finding her fitness levels falling. parkrun has helped Liz meet people in her local area, connect with other runners and make lifelong friends. Liz says, “parkrun is a fantastic welcoming community, something that can be missing when you leave the forces. I would say to any veteran to get down to parkrun and have a walk or run volunteer – volunteering is probably the quickest way to get to meet your fellow parkrunners. And make sure to stay for the coffee afterwards.”

Bomber Hutchinson, 72, lives on the Gold Coast and served with the 3rd Cavalry Regiment in Vietnam. He says, “parkrun has helped me to manage my PTS. I also love going away with my camper trailer on Friday nights and staying in a town that has a parkrun. To be able to take part in a free 5km event with local people in so many different places is magic, and helps me to stay happy and healthy when I’m on the road.”

Rachel Kerrigan from NSW served in the Royal Australia Air Force until 2007. She was discharged aged 33, diagnosed with PTS and chronic depressive disorder, her weight ballooned to 199kg and she was told she would never walk again. Rachel discovered parkrun while training for the Invictus Games. “Our wheelchair basketball team was training in Townsville and part of that training was to do the parkrun course in our chairs. It was such a supportive community – we were welcomed with open arms and people were running with us, talking to us and as we were finishing, they were running with us and cheering us on and making us feel proud of our effort. But it wasn’t just for us – they did it for every person no matter how long that person took to finish the course, and you could see how much that meant to them.”

Steven Sims served eight years in the Royal Signals and began parkrunning in 2015. parkrun is now a family affair, with his wife, kids and mother-in-law all taking part. Steven says “We have made a family at our local parkrun. At first you look forward to seeing those people once a week, chatting, running and spending time with each other. But relationships have grown just from meeting people once a week. Your kids become friends with their kids, you do other events together, you go on holidays with each other. You find out your neighbour’s parkrun, it’s a conversation starter.

“As an ex-military person there were a few skills I learnt in my career: to run, to be on time, and to socialise. If any of these resonate with you then parkrun is definitely the answer.”

Bec Milne is fifth generation military and has walked, run and volunteered more than 200 times at parkruns on both sides of the country. “Social isolation is something that all veterans are familiar with and most of us have coping mechanisms and strategies to lessen the impact, but there is no panacea. 18 house moves over 20 years of service is challenging for even the most bubbly and outgoing of people.

“My mum is an ‘army brat’ and always said the military is like having two homes – one where you came from which will always be part of you, and a ‘now home’ where the mail goes and your life is today. This is why parkrun has so much to offer the military community.”

Tony Smith spent 24 years in the British Army before moving to Australia with his family, spending three years in the Australian Army Reserves. parkrun helped Tony and his family build friendships, while Tony has used his travels to help fellow veterans and Reserves all over the country to get involved with parkrun. Tony says “parkrun has been instrumental in helping my family and I start our new life, and developing a circle of friends in a place we knew absolutely nobody when we first arrived.

“The military is rank oriented and as a result you tend to mix with your own peer group. It’s like a lot of jobs where you socialise with those you work with. What I like about parkrun is that it provides an alternative to both of those things.”

Ian Young is a former soldier who is now a parkrun Run Director. Following an incident when he was serving in Northern Ireland, he struggled with alcohol issues, post-traumatic stress and considered taking his own life.

“PTS had a significant negative effect on my personal life. I went in on myself and became very angry, frightened, confrontational, anxious and emotionally numb. It affected my sleep with recurrent dreams and nightmares, diet became a real concern and my weight plummeted. I became very irritated by it all.

“I started running as a way of keeping calm and focussed. I first got involved with parkrun in 2012 and it has played a big part in my running recovery – both the running and the volunteering.”

Erin Rhodes’ husband has been in the Australian Army for 20 years and Erin describes herself as an “average defence wife with two children”. Erin decided to make some lifestyle changes to improve her health and confidence, which included starting parkrunning in Canberra. She has since lost 35kgs, is happier, healthier and has completed a half marathon.

Mel and Jeremy have 38 years combined service in the Royal Australian Air Force. As well as parkrunning with their two young children over the past four years, parkrun has helped them create social networks when they are posted somewhere new.

Craig Rachow is the volunteer Event Director of Darwin parkrun and a member of the Australian Army Reserves. According to Craig, the skills and confidence gained from being a parkrun volunteer and that of being a Reservist, have lots of crossover.

Miriam Strickland from Victoria comes from a military family, and her nephew is soon to be medically discharged from the Royal Australian Air Force due to Parkinson’s and PTS. Volunteering at parkrun has provided Miriam with newfound confidence and helped her make friends for life from all over Australia.

For more information about how you can join Team Veteran or get involved at your local parkrun, get in touch! Everyone is welcome. 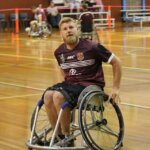 Looking for an actioned packed sport to try? Give Wheelchair Rugby League a spin! 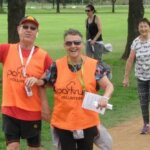 The power of a chat 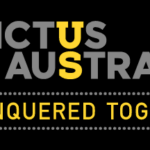 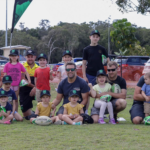