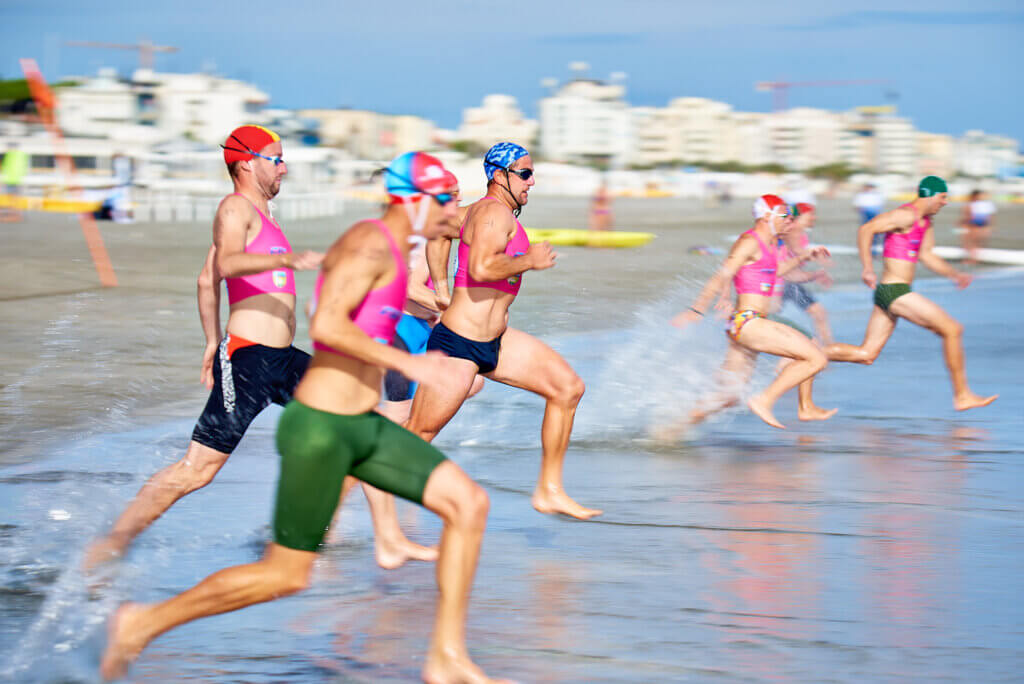 The first ever team of Defence Veterans to compete on the world stage at the 2022 Lifesaving Worlds Champs in Riccione have made their mark, showcasing to the world that service & lifesaving go hand in hand.

But there was a time when it wasn’t certain the team would even make it to Italy.

The event was the first time Team Veteran Australia, powered by Invictus Australia, met face to face, after the 2020 event was postponed due to Covid. Every member of the team, led by Team Manager and Invictus Games alumnus Sean Lawler, have worked incredibly hard to sustain fitness and momentum over the past two years. As well as battle personal challenges, sourcing funding to cover costs, and deal with the uncertainty of global events. The team have epitoimised the Unconquered Invictus spirit at every turn.

The camaraderie, commitment to each other and mateship on display was that of a cohesive team, and more, a family.

While the event was always about more than medals, as a sport loving nation us Aussies want to know how we stack up. And the results are a reminder and testament to what can achieved when we live the motto: I am the Master of my fate, I am the Captain of my soul. So, without further adieu, the team brought home 35 medals:

Yet it’s the stories of mateship, resilience and the power of sport for wellbeing, that made this an experience to remember. Well done team – you’ve done Australia and yourselves proud!

The team was the brainchild of Team Manager and former soldier Sean Lawler, an Invictus Games competitor who attended the 2016 and 2017 Invictus Games as part of Team Australia. At the time, Sean said the games were not about athletic ability but instead a chance for people to move forward and get on with their lives, after being wounded, injured or ill.

“It’s a different environment and its about getting out of your comfort zone,” he said. “The spirit of the games is about helping people who may not be able to help themselves. As Australians we learn from a young age to help someone in need. [I think] that’s a quality we bring to the games as well.”

So it’s easy to see why Sean saw the correlation between his Invictus journey, and his passion for Surf Life Saving, to create a new experience for veterans to use sport in a positive way. The spirit of service translates to Surf Life Saving, which is one of the reasons so many Defence men and women find themselves members of local clubs. Values of giving back, resilience and teamwork transfer from battlefield to beach, and are on display whether competing on the international stage, or patrolling at their local beaches.

But giving turns out to be the greatest gift, with the SLS lifestyle providing protective, proactive and preventative physical and mental health benefits to veterans.

According to team member Sub Lieutenant Dana Richards, RAN “Surf Life Saving gives me an outlet and purpose to get up and do some kind of physical activity every single day. Some days are harder than others, physically I have carried injuries over the years and it affects your mental wellbeing, as physically my body doesn’t want to do what my brain is trying to tell it to do. But by doing my training and sometimes just thrashing it out in the water, or just going and diving in or catching some waves, it is my reset button.

“I love the ocean, it is my happy place and has created a social space for me. Years ago, I worked out that by ocean swimming, I could block out the white noise and not think about anything else apart from the water movement, the sand beneath me and sometimes the beautiful ocean creatures that would often join me in my swims.”

“This SLS lifestyle has provided my whole family with healthy coping mechanisms around the sport and the ocean and I plan on being a part of the SLS community for a long time.”

collaboration leads to a path beyond

Invictus Australia, with the support of Surf Life Saving Australia, was granted permission by the International Life Saving Federation to enter a combined military veteran team into the Riccione 2022 Lifesaving World Championship that runs from 18 September to 3 October, 2022.

Michael Hartung, CEO of Invictus Australia, says the inclusion of Team Veteran Australia in this year’s Surf Lifesaving World Championships is another example of the positive impact sport can have in the lives of veterans and their families.

“The power of sport has a significant impact on the health and wellbeing of veterans and their families. To see this team of veterans compete at the Surf Lifesaving World Championships provides another amazing example of how sport is providing aspiration, purpose, community and opportunity during and post service to connect.”

And it seems the International Life Saving Federation agrees. According to Lawler, “Team Veteran Australia had a significant amount of publicity in Italy. The International Life Saving Federation has now sanctioned Team Veteran Australia to compete in all future World Championship events. The Lifesaving World Championships in 2024 will be held on the Gold Coast (Kurrawa Beach),  2026 will be held in Morocco. We can’t wait!”

Team bios can be viewed here.