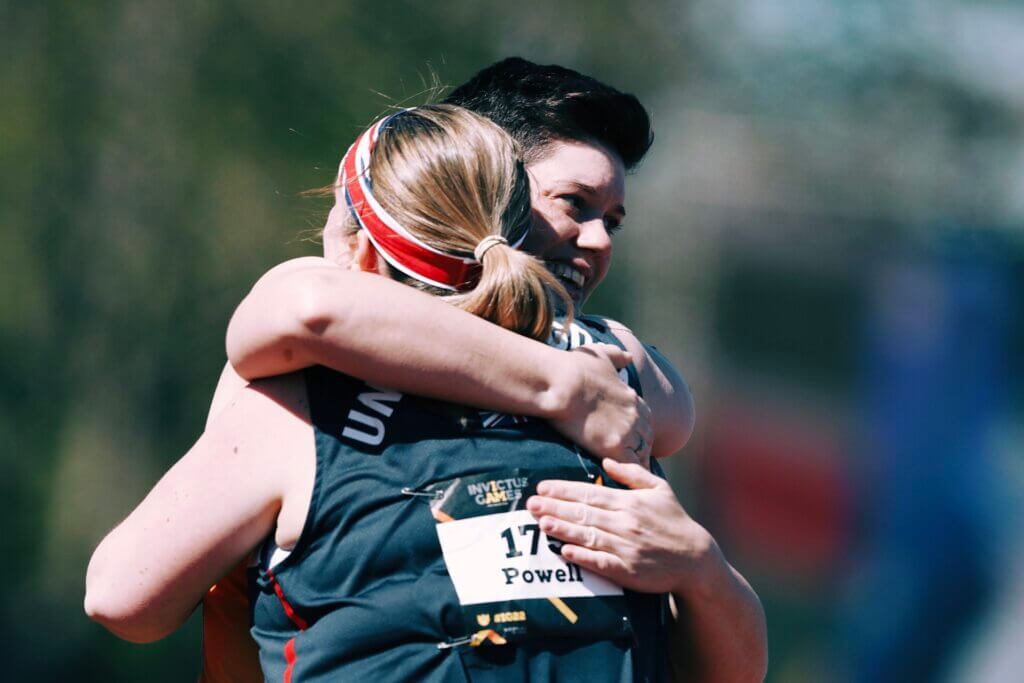 Today we enjoyed the first of the Team Sports getting underway! Teamwork and communication shone through with our Sitting Volleyball team’s skills on display. The crowd was on its feet for all nations and the Green & Gold did not disappoint.

Our athletics team showcased their skills and spirit during the track and field events, collecting a few medals along the way, while our Archery team took aim.

Stay tuned – tomorrow will have all the news from the FINALS!

It was a busy day on the athletics track, which saw Team Australia claim a slew of medals (three gold and three silver, to be precise) including the first for Team Australia – a gold in the women’s IF4 shot put – clinched by former Parachute Rigger Emma Murfet, who said it was the icing on the cake after a tough few years.

“Two years ago, when we were first ready to go, was when I was at my peak so trying to get back to that level has been really tough with the lockdowns,” Murfet said.

“Then not too long ago there were the floods in Queensland, which also affected us.”

Speaking on the impact Invictus Games has had on her life, Murfet said: “It’s made me redefine happiness. It’s brought back sport in my life, which I didn’t think I’d be able to do. It’s also created friendships that I think will last a lifetime.”

At the shooting range, Team Australia wrapped up their archery campaign, being knocked out in the elimination round. Among the Aussie archers was Stephen Slack, a former Officer’s Steward in the Royal Australian Navy, who first took up archery seven years ago at a point when he was suffering from severe PTSD – a decision that proved to be transformative for not only himself, but to his entire family.

“Archery for my family has been life changing. At one stage, all four of us – my son, daughter, my wife and me – would all shoot, which brought the family together,” he said. “We travelled everywhere in the car together to all different competitions, which really grew the family.”

“While I was focused on a target with blinking yellow dots, nothing else could worry me. It gave me a purpose to get off the couch and get out of the house.”

To learn about Archery in the Invictus Games, watch the short explainer here.

thrills and spills with sitting volleyball

In the sitting volleyball pools, Team Australia started their campaign against Unconquered 1, as The Duke and Duchess of Sussex cheered them on from the stands. Despite losing their first match, the Aussie side was able to come back to win in their second match of the day against Unconquered 3, with a score of 2-0. In their final match of the day, Team Australia triumphed against Canada 2-0.

Family & Friends the heart and soul of the Games

Invictus Games competitors could not achieve what they do without the tireless and unwavering love and support of their family and friends.

“Without our families, we’re only half of the whole. It’s not just about us, it’s about them as well.” Sergeant Anthony McDaniel, USA Wheelchair rugby coach, former Invictus Games competitor and US Marine Corps veteran, 2018 Games

A key element of the Invictus Games is how much focus is put on the family and friends program, allowing competitors to share this experience with loved ones. To recognise and thank them for the role they play in supporting veterans in their journey of rehabilitation and recovery; to acknowledge that all family members serve when a loved one enlists; and to use sport as an ongoing tool to support healing for the whole family unit.

One such story is that of Steven James. Steve needed a win. And today he got just that when he took out top spot in the men’s IF4 discus on Day 2 of Invictus Games The Hague 2020.

In 2000, former maritime warfare officer James was critically injured when boarding a vessel at sea, leaving him with severe injuries to his cervical, thoracic and lumbar spine, left shoulder and arm. Since his accident, 50-year-old James has undergone 37 procedures on his spine to alleviate his chronic pain.

It’s been a tough journey to The Hague, which his wife Louise Ardagh has witnessed firsthand. In the 18 months leading into the Games, the couple both lost their fathers and two of their beloved pets. After James flew across the country from WA to NSW for his father’s funeral, the two were separated for 10 weeks due to COVID-19 state border closures.

“I think the achievement for Steve to make it was in itself massive,” Ardagh said.

“He’s put a lot of effort into where he’s at and his body’s deteriorating, so just to be able to do what he’s done today – I’m so proud.

“Some of the late-night conversations and the tram ride conversations that I’ve had with other family and friends just provide a really lovely complement to the things that are going on in my life and our life.

Watch a beautiful video here where Steve and Lou speak about this moment and the power of sport and family for recovery.

healing power of the pool

Watch Australian competitor Chris O’Brien talk about the power of sport to assist with his recovery, particularly in the pool, as he prepared for the Games.

This year we’re asking you to turn inspiration & commemoration, into action. Be inspired by our unconquered heroes in The Hague, pause to reflect on Anzac Day, our most sacred day of commemoration and then rise beside our veterans in May. Sign up for the Invictus Australia ZERO600 Morning Routine Challenge today, to support veterans health through the power of sport, after the lights of the Games have dimmed!