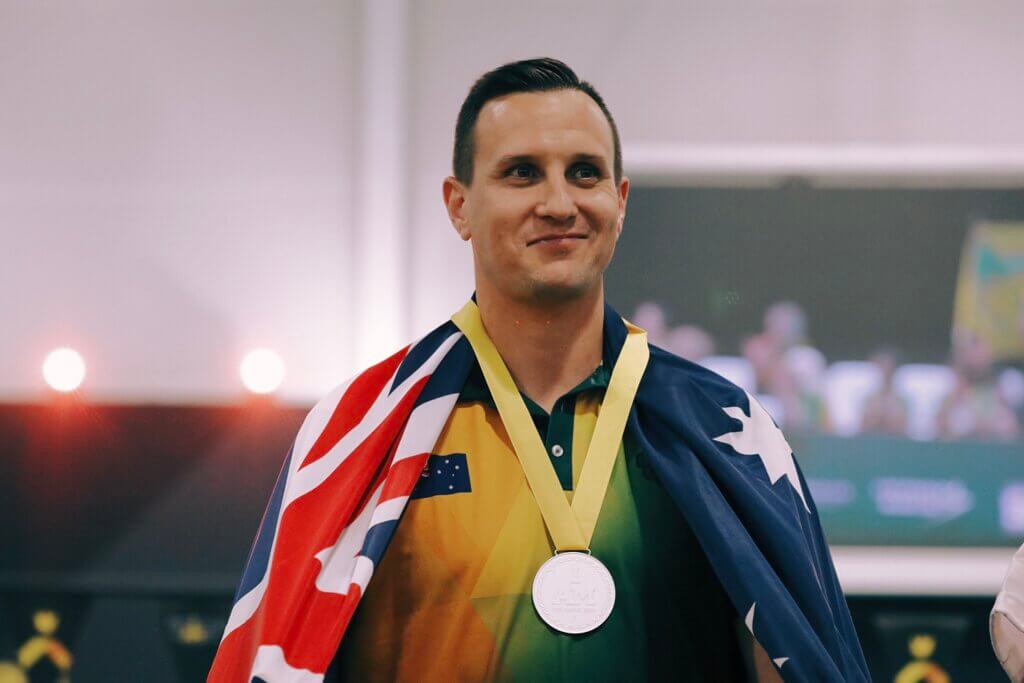 POWER OF THE POOL TO HEAL

Returning to the pool during the Invictus Games The Hague 2022 was a particularly poignant moment for Australian team member Chris O’Brien.

On his way home from his second tour of Afghanistan in 2010, the former Australian Army artillery officer was a first responder to a fatal boating accident in Cyprus.

He said the trauma of the experience had a “big impact on my history as a swimmer”.

“It made it really difficult to enjoy swimming, and it made it difficult to be back in the pool, particularly in competition,” O’Brien said.

“I really struggled to find enjoyment in the pool and I was avoiding swimming.

“I think that it made it really difficult for when I really needed my mental health to be good.

He found help through Open Arms – a mental health support service for Navy, Army and Air Force personnel – where he was encouraged to start swimming again and eventually applied for the Invictus Games.

“Now being able to get back in the water and compete, at not necessarily the levels that I perhaps used to once upon a time, but certainly this is the first step of what I hope is many steps in the right direction,” he said.