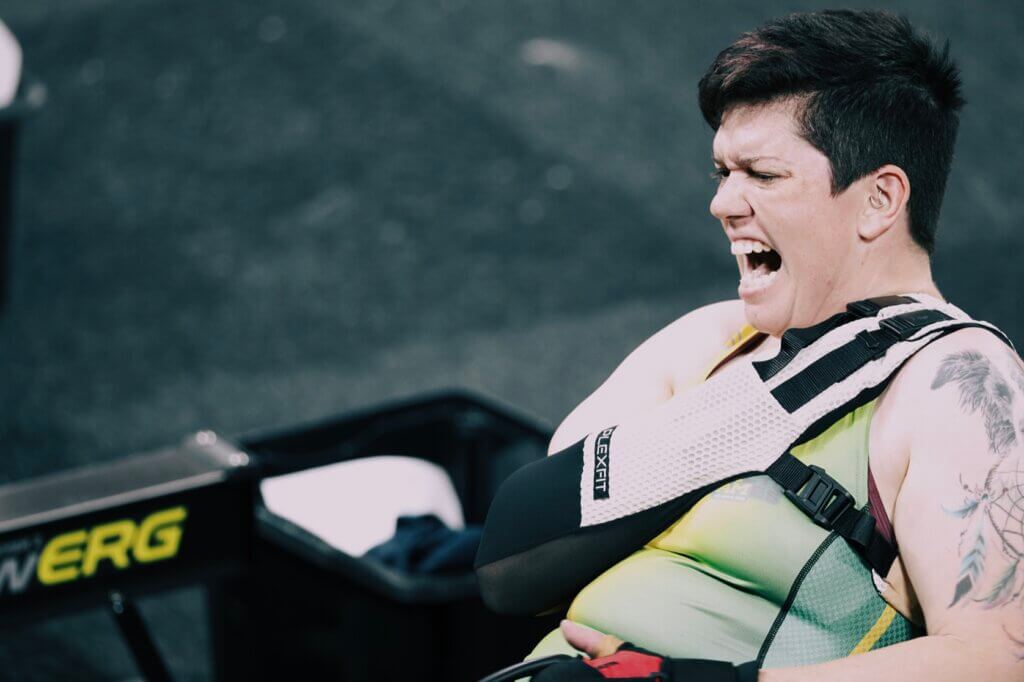 Fast, furious and truly gut-wrenching, nothing can quite prepare you for the spectacle and intensity that is Indoor Rowing. I think we can all agree that any sport that requires a spew bucket as an official piece of equipment takes a certain level of fortitude and fearlessness. Team Australia did us proud!

And we have the much-anticipated result of the Aussie Wheelchair rugby team! Keep reading …

Just three years ago, James Saville was bedbound, but the Invictus Games 2022 provided motivation in his rehabilitation.

Leg and back injuries left him unable to walk for 12 months.

“I couldn’t get out of bed by myself, I couldn’t dress myself and I couldn’t shower. Invictus was the driving force through all my rehab – physio daily and hydrotherapy every second day,” Saville said.

He was part of the Australian indoor rowing squad that competed on April 20 – day five of the games, which are being held at The Hague, Netherlands.

“Everyone here is just such an inspiration and whether you’re getting 50th or you’re getting first, it doesn’t matter. Everyone’s always there to congratulate you and cheer you on,” he said.

fly and die at the indoor rowing

Indoor rowing is a sport of endurance, power and speed, with machines fitted with adaptive hand-grips and modified seats, designed to best suit the abilities of each competitor.

According to competitor Emilea Mysko, “The first half of the day will be people rowing a four-minute endurance race. That’s where everyone lines up to row for four minutes, and you just hang on as best as you can. The second half of the day is the one-minute sprint. It’s called the ‘fly and die’ because you’re just flying for a whole minute, just hoping to hold on.”

The Aussies did us proud with another slew of medals, great sportsmanship, shining smiles and display of determination.

After a fast and furious competition in ‘murderball’, Australia booked a spot in the semi-finals, where the 13-strong side played off against Team USA. Despite a valiant effort, the Australians went down by 10 tries in the 21-11 defeat. The Wheeling Diggers then bounced back to blitz their way to the bronze when they beat the French side 27-10.

Remember we shared Chris’ story earlier this week? Here’s what happened next. WOW!

If you want to support a pathway for competitors like Chris post these  Games, or enable more veterans to participate in the next Invictus Games in Düsseldorf in 18 months, or create sporting opportunities for families of all those who serve, sign up to our ZERO600 Challenge and rise beside our Aussie champions.  And if getting up early isn’t your thing, you can simply donate here instead.

How you can get involved

Have you been inspired? There are so many ways to stay connected with Invictus Australia.

– Find your own Invictus tribe in your local community (this means veteran-friendly, not elite competition!). Get in touch here or check out our local Facebook pages in NSW South Coast and Northern NSW. We will be adding more communities as we expand, but in the meantime, we can plug you into our national network of veteran-friendly sporting communities.

– Support ZERO600: Düsseldorf is 18 months away, support us and sign up for the ZERO600 Morning Challenge or donate here.

– If you’re a veteran and would like to apply for the next Invictus Games, get in touch here.

Words and photos courtesy of the Australian Defence Force and the Organising Committee Invictus Games The Hague.

highlights from the day also include: